Eskom submitted a tariff restructuring proposal to the National Energy Regulator of South Africa (NERSA) on the 22nd of January 2021. Eskom said that it is a necessary change that should be implemented, as the current cost structure does not represent how technology has changed the way the grid is used. But what does it mean to the average consumer and those making use of renewable energy? Eskom states in their restructuring fact sheet that the objectives of this implementation that will affect the urban residential consumer are to:

Let’s look at a breakdown of how Eskom wants to achieve these objectives and what the impact thereof will be.

Changes to Time Of Use (TOU) rates and hours

They divide the charges based on the time of use into three categories, peak times (most expensive), standard, and off-peak (cheapest) hours as well as a winter/summer differential. During the summer months the demand, and thus the costs, are less than in the winter. Eskom wants to change the pricing so that the tariffs in the winter are slightly cheaper and more costly in the summer. With an average of 3 months of winter and 9 months of summer, this restructuring could mean a sharp price increase for most consumers. Peak hours will decrease from 3 to 2 hours in the morning and peak evening hours will increase from 2 to 3 hours in the evening. Eskom stated that this is necessary as those making use of solar do not use electricity during the day but at night all those using solar have to use the grid. This results in a sudden increase in demand and Eskom’s generators having to rapidly ramp up their production, affecting the system negatively.

Below is the proposal of how the time of use hours would change:

The implications for renewable energy

When generating your own electricity, be it through solar or other means of sustainable energy generation, you can “sell” your surplus power back to the municipality if you have a grid-tied system. Solar systems generate and feed in their energy during standard times, but when the sun sets and power is needed from the grid, the feed-in tariff you received during the day will not cover the cost of electricity needed in the evening. In other words, if your system earned you 2 hours of electricity in the day during standard hours, you won’t be able to pay for 2 hours in the evening during peak hours when you use Eskom’s electricity from the grid.

They introduced inclining block tariffs on the 1st of July 2012. This structure entails the electricity price being divided into three “block”. The first block being the cheapest, and the last being the most expensive. As you keep buying electricity during the month, you will move at some stage from the cheapest block to a more expensive one. In other words, the more electricity you buy, the more you will pay per kWh. Eskom said that this system will encourage consumers to be conscientious about their electricity consumption.

Below is a chart to show how these blocks are divided for the total purchase during a month (excluding VAT) in 2012 with the rates of that year:

The new tariff structure does away with IBT completely, to be replaced by TOU charges. According to Eskom, they will do this because of the negative perception and connotations the public has about this dated system. They go on to say that the IBT structure provides uneconomic incentives for customers that install embedded generation. This means that Eskom doesn’t want the higher consumption consumer to think that having a solar system, or any other renewable energy generators, would be a more viable option, as this would contribute to their revenue loss. In Eskom’s retail tariff plan they stated that the “reduction in consumption by these customers because of the switch to alternative energy sources such as PV results in subsidies being unfairly distributed; these customers (mostly affluent, who then reduce consumption) are subsidised by those without PV.”

The implications for renewable energy

So, they would replace the IBT system with the reintroduction of a fixed, more cost-reflective network and retail charges for Homepower, and introducing a TOU residential tariff with an offset rate for net billing. Net billing refers to when the consumer gets an offset for energy generated and stored in the grid. But, as discussed above, the offset is only equal to the time of use bracket that the energy was generated in.

An amendment to Homepower and introducing Homeflex

Tariffs recover both network and energy costs through volumetric energy (c/kWh) charges. Eskom feels that this doesn’t reflect the changing of technology and how the grid is being used. They propose a split of costs being paid for the maintenance and upkeep of the grid network and the cost of the electricity used by the consumer per month. The unbundling of these costs will reflect on your statement, making it possible for you to see the true cost of electricity when separated from the network charges. Eskom says that this restructuring will remove artificial subsidies, provide greater transparency of costs, ensure the correct economic signal, and reflect a more accurate payback period by comparing the energy cost of the utility versus the energy cost of the alternative and not including network cost bundled with the energy in the analysis. Eskom said that not unbundling these costs makes alternative energy generation much more attractive than it should be. They conclude by saying we should compare the cost of energy created to the cost of electricity supplied by Eskom, not including service charges.

Homeflex is specifically aimed at those making use of renewable energy but is still attached to the grid as backup. These consumers will now have to pay a fixed daily network charge which is independent of usage.

Every consumer making use of a grid-tied system will now have to pay an extra fixed network charge and on top of that whatever amount of electricity was used during the day. Even if there was no electricity required from the grid, a service fee will be payable. Eskom concludes by saying that this is a much more fair structure as the network fees are currently carried only by those that make solely use of the grid for their electricity needs. “This is meant to ensure that apples are being compared with apples, i.e. energy charges reflecting energy costs and that all customers are treated equitably and fairly.” 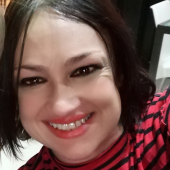 What Is Wind Generated Energy and How Does It Work?

The Future Of Energy Storage Beyond Lithium-Ion